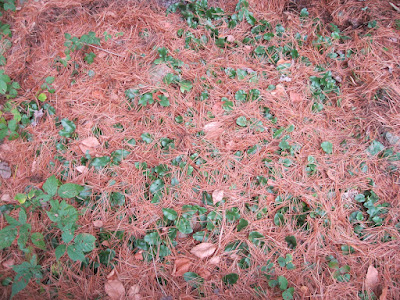 If there is a native plant that has inspired more written words than Epigia repens, I am totally unaware of it.  In our early days as a new nation, personal hygiene was severely lacking especially during winter.  One of the women of years that influenced and helped us with gifts of plants shared an experience she endured at the one room schoolhouse that she attended as a child.  One late winter day she fell through ice completely soaking her clothes during recess.  Back inside she was seated near the stove soon filling the room with the scent of both her clothes that had been worn for some time and her body that had not seen a bath recently.  Soon she was moved away from the stove and her classmates.  Needless to say, that stinky experience stayed with her for the rest of her years in that school.

Everyone's home, church or place of business needed sweet scented air as Spring took hold.  Great expeditions into the forests where Trailing arbutus grew were made to harvest the unbelievably sweet scent of these early flowers.  Unfortunately the flowers grew from the stem necessitating the removal of much of the plant when the flowers were gathered.  Concerned that these massive harvests were endangering the survival of this plant, a group of Massachusetts woman used several years of political activity to push for a law outlawing the harvesting of this plant.  Their organization became known as the New England Wildflower Society and this plant still grows in the wild today. 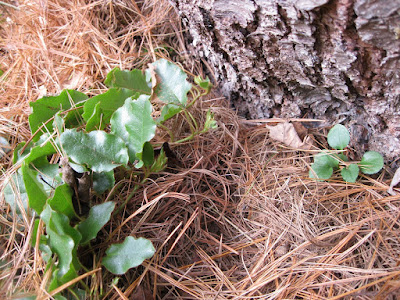 It is common to find written words describing Trailing arbutus's resistance to transplanting.  Mrs. William Star Dana wrote that this plant should be left alone.  Not one to blindly follow conventional wisdom, these pictured plants were moved here in a carefully selected location.  Soon the woodchucks and the rabbits demonstrated their need for food as Spring approached by chewing to the ground these evergreen plants.  Carefully laid low field stone walls hold the protective wire cage in place and so far have discouraged all attempts to get under the wire.  Other than this necessary protection, these impossible to transplant treasures have been on their own here for several years.  They have reached the edge of the cages and new growth will of necessity be available to the animals.

This photo shows flower buds now forming ahead of the Winter snow.  This seems risky to me but how else can flowers open so soon after snow melt?  Nothing will prevent us from dropping to the ground to sniff their fragrance without harming the plants.  Getting back up will not be graceful but the memory of their scent will once again get me past winter. 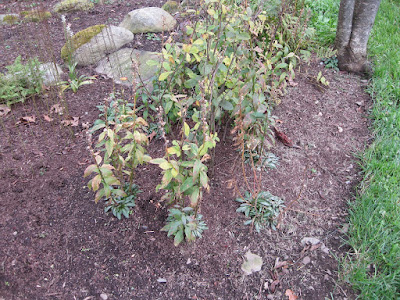 Lobelia cardinalis is a native treasure that has demonstrated its difficulty surviving in the Southern Tier or Catskill regions of NYS.  John Burroughs wrote about its scarcity more than one hundred years ago.  This plant is an evergreen that has already started next season's  growth.  These bright green new leaves will emerge from snow cover undamaged and ready to grow.  Early southern warm weather will push these leaves to fill with moisture.  Then the freezing night air will turn this water into ice exploding the leaf cells sometimes killing the entire plants.  We have seen many of our plants die and are searching for locations that will insulate survivors from death.  These plants are growing on our impossibly small piece of river bottom land.  Sheltered by sloping ground, the snow cover lingers here.  River fog helps to soften the freezing nights.  So far so good although one year we did have one close call with frost blackened leaves.  New leaves appeared and these plants still survive here. 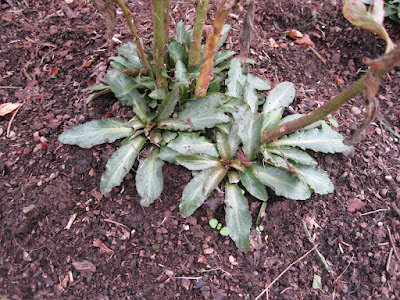 Cardinal flower is hard to categorize.  The almost dead stems mark the complete disappearance of this year's plants.  Young growth around the base are totally new plants.  In the past we would dig up and separate these young plants and place them in pots in early Spring.  Moving them inside on cold nights gave us new plants to try again.  Now we have found protected areas where these plants have survived without attention from us.  Our time here is limited but we want these two native treasures to hold this ground after we are no longer here.

Very nice. Trailing arbutus is indeed special, and you are contributing a beautiful legacy.

On part of the original farm, our neighbor found an Arbutus plant with purple flowers. He was convinced that his land held a rare plant. I believe that his Arbutus was growing alongside of a Hepatica plant. He was strong willed so I never shared my opinion with him. Thank you for continuing to read this Blog.