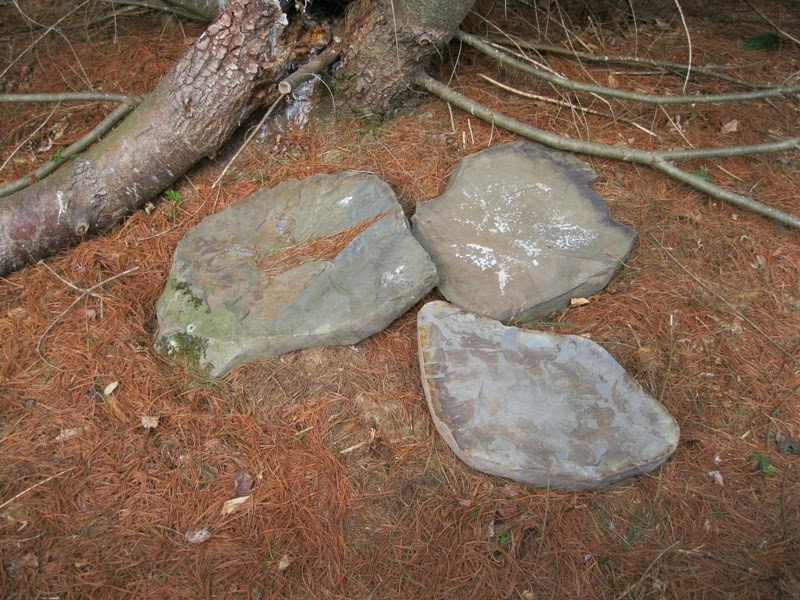 This area at the base of a white pine tree has long been our choice for a second planting of arbutus.  Weed growth had been cleared and large stones placed to both discourage a return of the weeds and promote natural decay of the fallen pine needles.  A truly wild plant needs a wild location if it is to prosper.  Commonly reported failures with arbutus may have resulted from treating them as a garden plant.  Here, no modification of the soil was made.  No compost was added and no rich soil was brought to the site.  With the exception of the removal of invasive briers and roses, this area is as it has been for decades. Removing the large covering stones completed the preparation for transplanting. 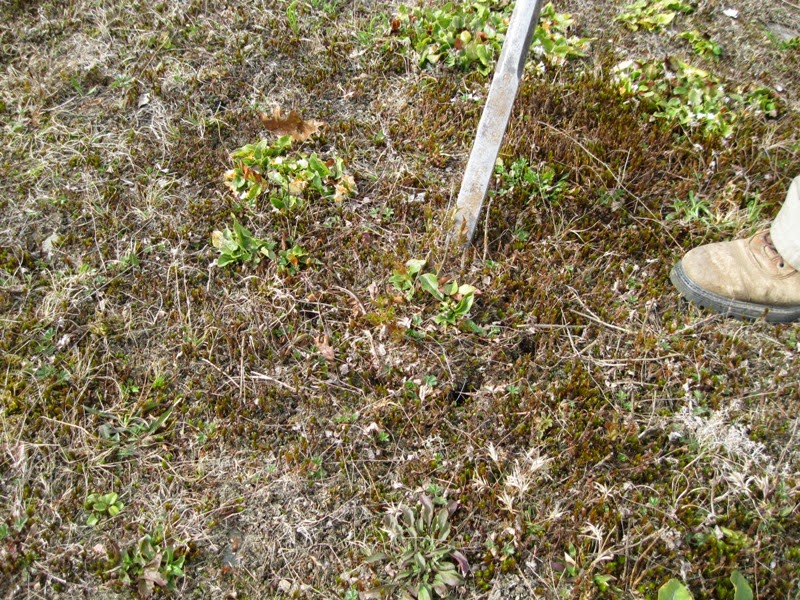 A pry bar is my preferred plant digging tool.  It will find its way deep into stony ground.  A small plant well removed from others has been selected for digging.  The goal is to remove a complete plant with its entire root structure totally intact.  If successful, the plant roots will all be inside of the soil mass levered out.  The plant need not know that it has been uprooted. This arbutus plant will remain with its neighbors throughout the move.  The moss, wild strawberry and sheared off pine tree may not live in their new quarters but the arbutus will thrive.  This soil mass will be planted intact weeds included.  It may take two of three years for the arbutus roots to extend into the soil of their new location. The upper layers of decaying pine needles have been brushed aside to expose soil.  A depression large enough to accommodate the arbutus soil clump is scooped out.  After placing the arbutus the surrounding voids are tightly filled and the plant is in its new home. 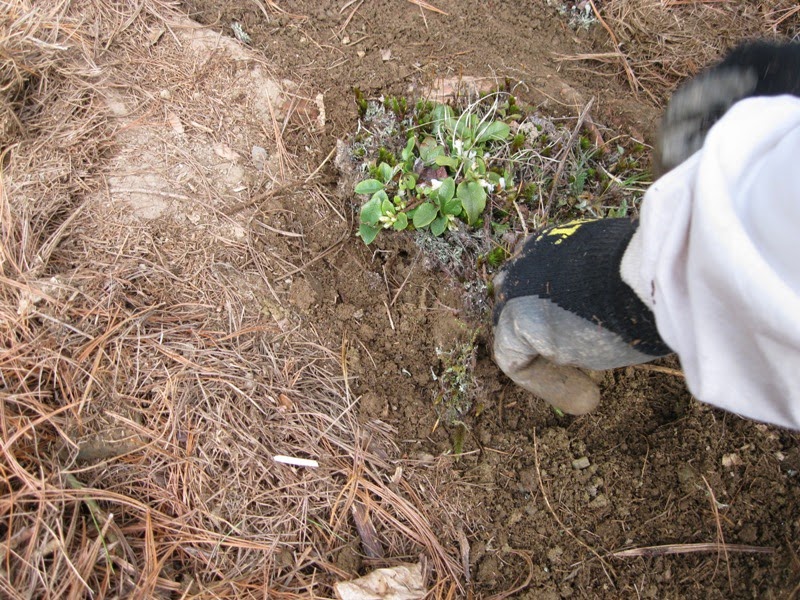 A fungus used by arbutus to extract nourishment from poor soil is reported to grow near white pine roots.  This arbutus is placed between two pine roots.  One is massive and old.  We will watch with interest to see if this arbutus finds its new location super favorable. 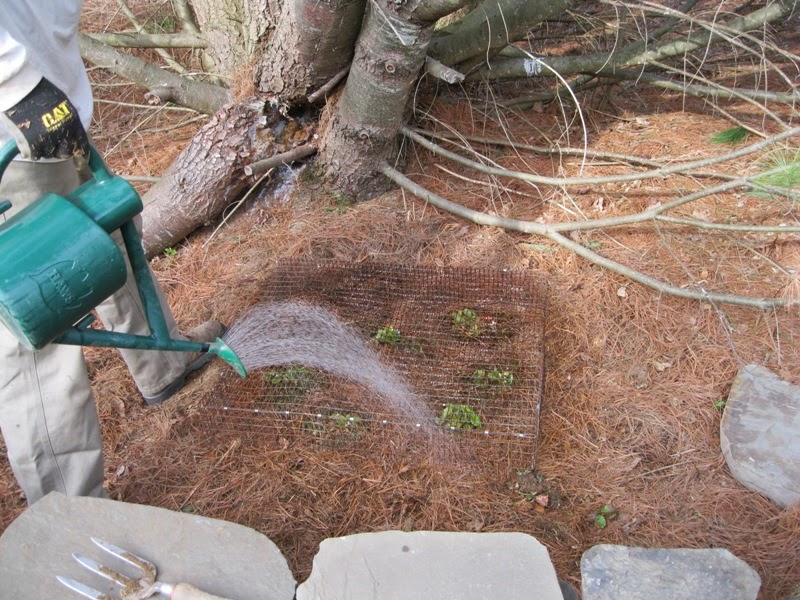 William Cullina has written that transplanted arbutus plants must be watered every rain-less day for two years.  We came close to following that schedule with our previous attempt at this.  The earlier moved plants all survived so we will likely try to follow that schedule again here. The fallen pine needles have been pulled back in to cover this ground.  A natural appearance is spoiled by the rusty wire cage but these new transplants must be protected from both wild animals and the neighbors pack of dogs.

Our search for wild arbutus has taken us to many different locations.  We have also found it growing in the company of both blueberry bushes or oak trees.  Poor stone filled soil seems to be a common supporting medium for this plant.  I would never try to place it in a garden but a wild area nearby might just support this transplant. This photo was added one year after these plants were moved here.  All are alive and new growth is appearing.  The plant located at the middle right edge had a difficult first year here.  Another sizable white pine branch was about to fall.  In removing it, a chain saw nick opened a small wound in a remaining branch.  Sap dripped onto the left edge of that arbutus for the remainder of the summer.  The wound has healed over and the arbutus plant does show new growth although dried pine pitch still covers some leaves.
Posted by Ed at 9:26 PM