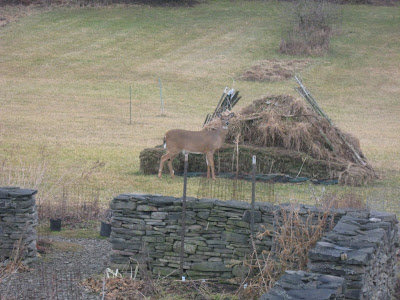 It was early this morning when I heard Ed shouting from the living room.  He had opened the window and was addressing his tirade to this deer in the garden. The deer heard Ed.  You can tell because it is looking right at him. 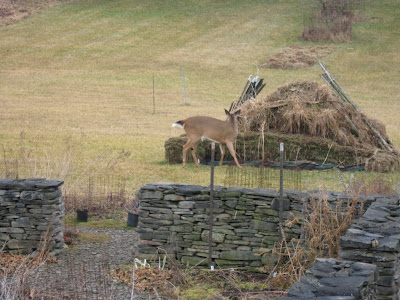 Clearly the deer was not impressed.  Not only did the deer turn his head away ignoring the tirade, but he proceeded to step onto Ed's potted lilies. That was a step too far.  Ed loves his lilies and he hates to be ignored!  Immediate action was required. 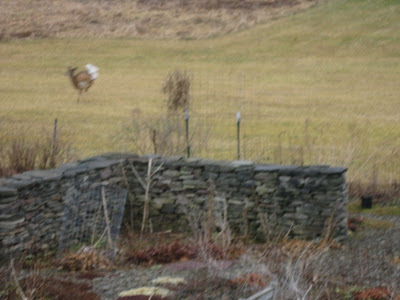 What happened next in the garden sent the deer speeding away tail raised in alarm.  My reaction was different.  Obviously  I was laughing hard enough to shake the camera.  Perhaps it was the warning shot from the  rifle that frightened the deer or  perhaps it was because Ed was not wearing the camouflage it is accustomed to seeing. The important thing is that the deer was gone. 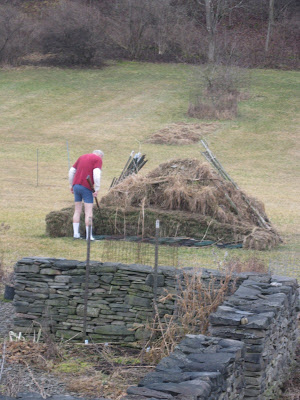 With the deer  out of sight, Ed stopped to inspect the damage to his prized potted lilies. 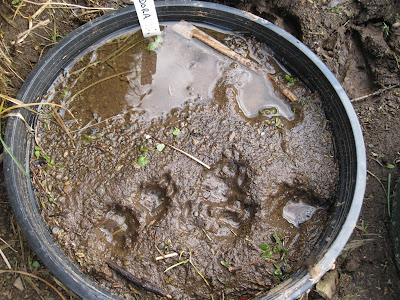 Deer foot prints were everywhere, but I think the pot with Ed's new Pandora lily was the worst. 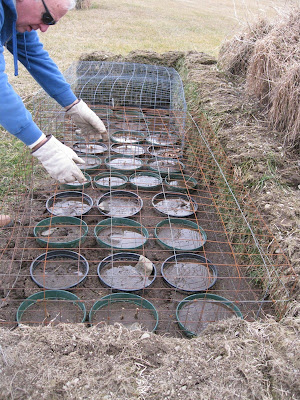 Later after eating breakfast and adding pants to his attire, Ed covered his precious lilies with wire cages. You might think he's locking the barn after the horse has been stolen, but trust me that brazen deer will be back! To the deer around here we are the intruders.

So that no one thinks Ed is scaring children on the passing school bus, our home is not visible from the road.  He did take the time to slip on his garden rubbers but that deer had to be quickly moved away.
Posted by Becky at 5:41 PM

Ah! Perhaps you would have preferred the deer I found Monday and blogged about today. :-)

My BF has the same reaction when the groundhogs start munching away on his echinacea!

My BF is passionate when a groundhog attempts to attack his pink cone flowers. No warning shots fired, just shots.

You made me laugh. Thank you for brightening my day. I hope Ed's lilies survive the deer onslaught.

A gardener must do what he must do, and never mind the attire!

How well we know what Ed is feeling but alas I cannot fire a warning shot...we might get a starter horn though...since they look and laugh at us and wait until we are right on them before they jump back over the fence...